I still think the hardest part about cooking a big breakie for a tribe of people is keeping the coffee machine and toaster going. Similar to the whole corn fritter idea I guess, these potato rosti are fabulous to make when you’ve got a house full as it means that you can serve bacon and eggs without having to worry about keeping the hot toast up to the crowd.

The beauty of these lovely little homemade ‘kind-of’ hash browns are that you can make them the day before, storing in the fridge overnight. And simply throw them in the oven to crisp up and heat through while you get cracking on the poached eggs. (Pardon the pun).

Potato rosti’s are a delicious and simple big breakie or brunch idea and are sure to impress. Ideally, you’d serve them up with some smoked salmon (my favourite) and creme fraiche (which is easier than bacon anyway as it doesn’t need to be cooked) but teamed up with bacon, they’re delicious as well. You can also make little baby sized ones for canapés at a party with some smoked trout pate. Yum.

I love potato rosti as they’re so versatile. Gosh it’s just a bit of fried potato really; what’s not to like about that? The perfect ‘flavour carrier’, be creative with what you choose to serve them with.

Definitely give them a try the next time you’ve got people staying over. Do yourself a favour too and delegate the coffee making job to make your life easier. (My pet hate is having to clean out the milk frother in between goes).

Now why would you want to eat out? 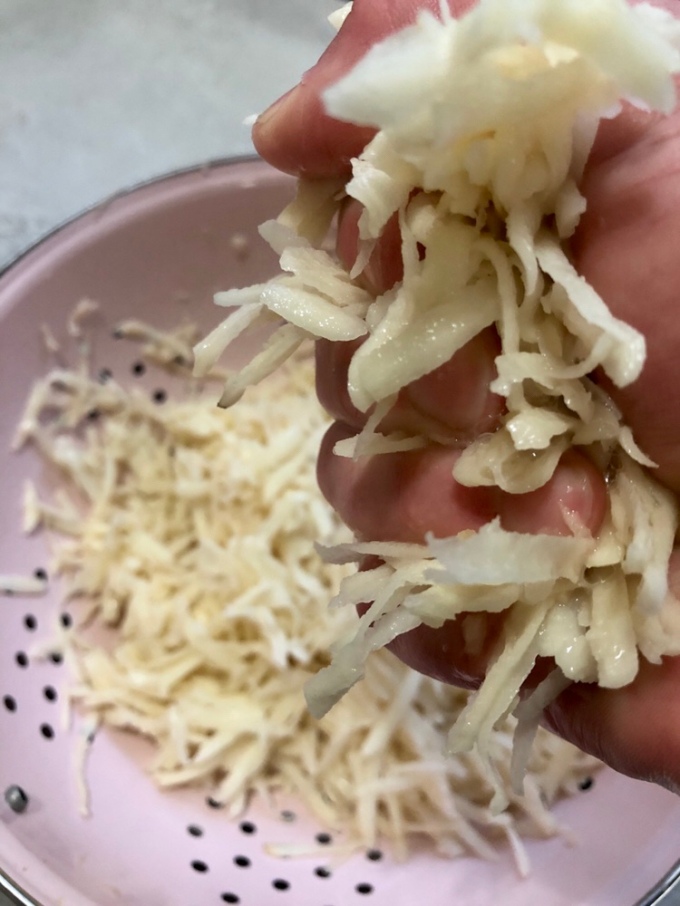 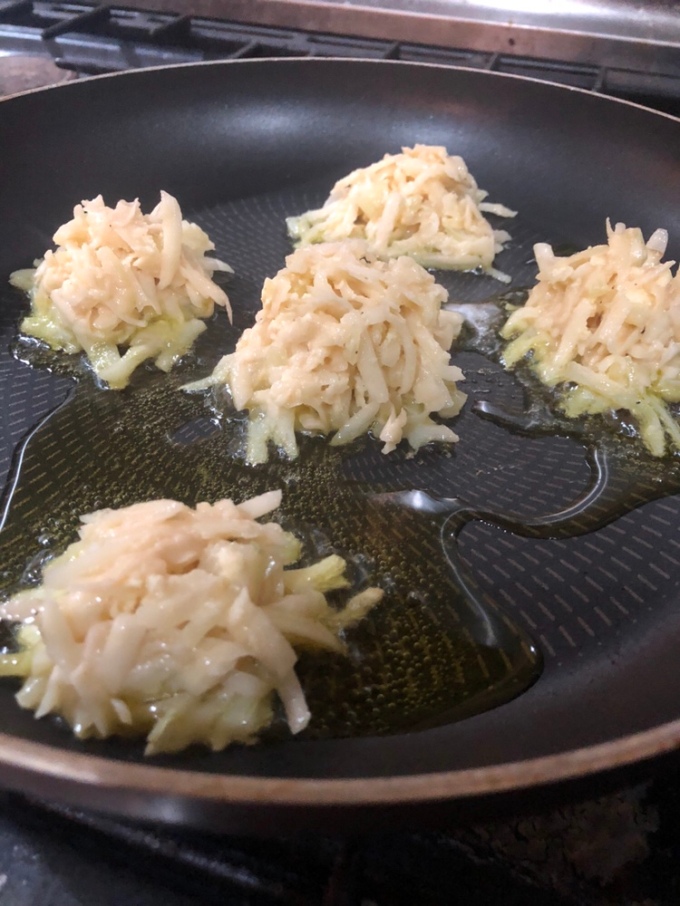 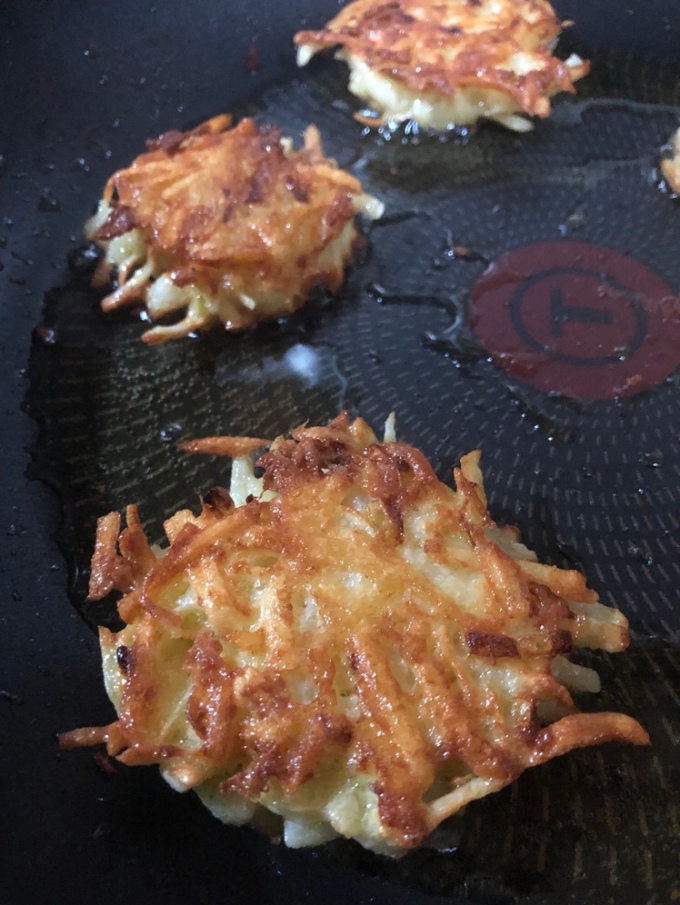 If you make these potato rosti, please leave your comments below. xx