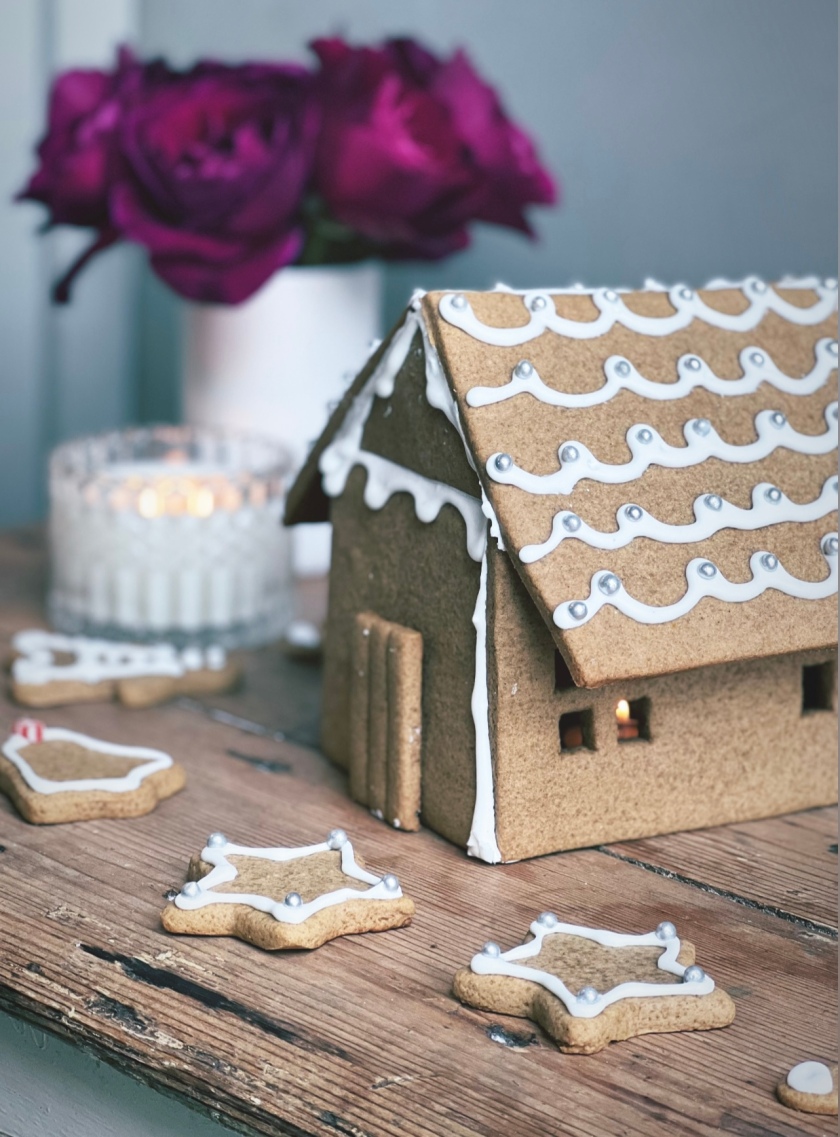 Hands up if you’ve ever made a gingerbread house before? I love making one at this time of year. There’s something really nice and carefree about setting time aside to do nothing other than faff in the kitchen, designing and constructing your own little gingerbread house. With life feeling increasingly busier and busier, somehow it feels like a luxury to be able to do so.

I’m told you can buy ‘make your own gingerbread house’ kits and my advice is if you’re short on time and you can get your hands on one, then grab it. As with so many of my recipes, I wouldn’t say there is anything “quick and easy” about this one. Or go ahead and try your hand at making one from scratch. You do get a real sense of achievement and it doesn’t matter if the roof caves in, the decorations fall off or the kids eat all the lollies before you’ve finished. It’s the memories you’re making along the way, that count.

There are seven hundred thousand million gingerbread house templates on Google. Or if you’re not worried about it being too precise, preferring to wing it, like me, then get creative and draw the template yourself. You’ll need two rectangular sides for the house (which I cut two windows in to), two ends of the house (what is it called when there is a square and a triangle stuck together? A ‘house’ shape? I really should of listened in Maths) and two rectangular roof pieces. Oh and don’t forget to make a door too. Once you’ve drawn and cut out these shapes, you’re ready to use them as templates to cut out your cookie dough, effectively making your own cookie cutters.

Store-bought Royal icing
Confectionary of your choosing, think everything from smarties to nuts, wafer biscuits, candy canes or liquorice

You will also need:

I’d love to see a pic of your gingerbread house. Feel free to post a pic on Insta, tagging @los_kitchen. xx