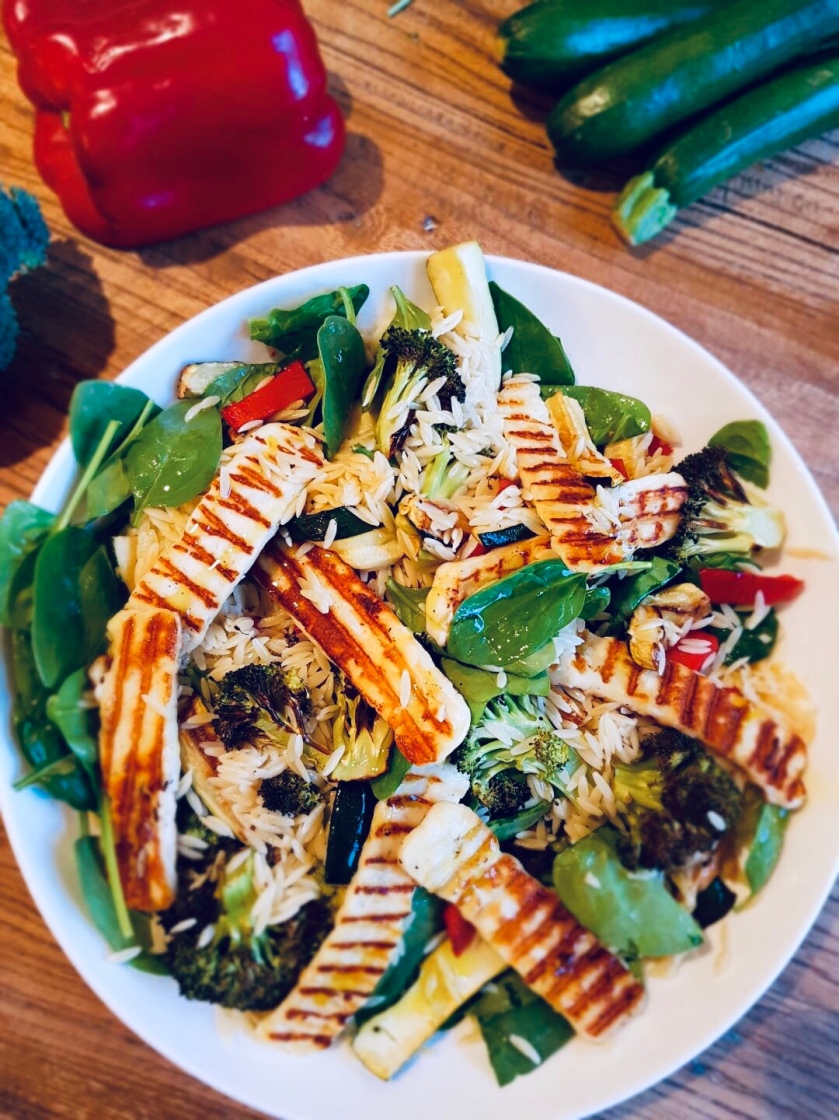 I’d quite happily become a vegetarian; just as long as I was able to eat haloumi all day, every day. How good is haloumi. Finely sliced and seared in a hot pan, there’s no better ingredient to add to a salad. The grilled haloumi is definitely the star of the show in this dish, guaranteed to have everyone fighting over it. No matter how much you cook, there’ll never be enough.

I often roast all sorts of veggies seasoned simply with a drizzle of olive oil and some salt and pepper. I love the difference in flavour you get from roasting broccoli as opposed to boiling it, it brings out a sort of nuttiness. Zucchini and capsicum also roast up nicely, as do; eggplant, broccolini, asparagus or lemon squash. 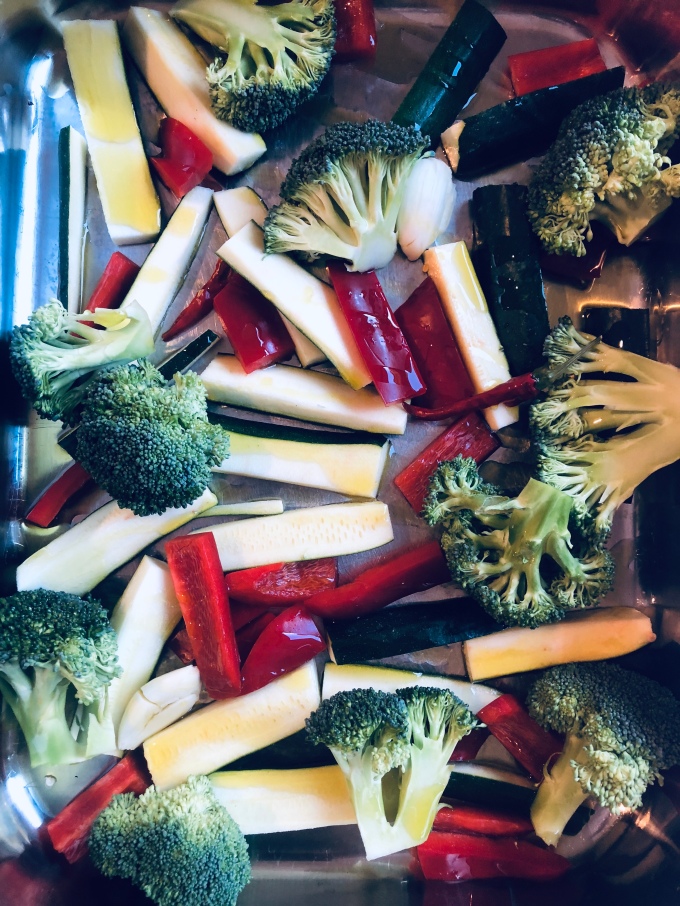 And if you’ve never cooked with risoni before – give it a whirl. Although it looks like rice, it’s actually just a type of pasta. Cooked quickly in a large pot of salted boiling water, it makes for a great addition to salads, soups or curries and goes really well with some roasted veggies. 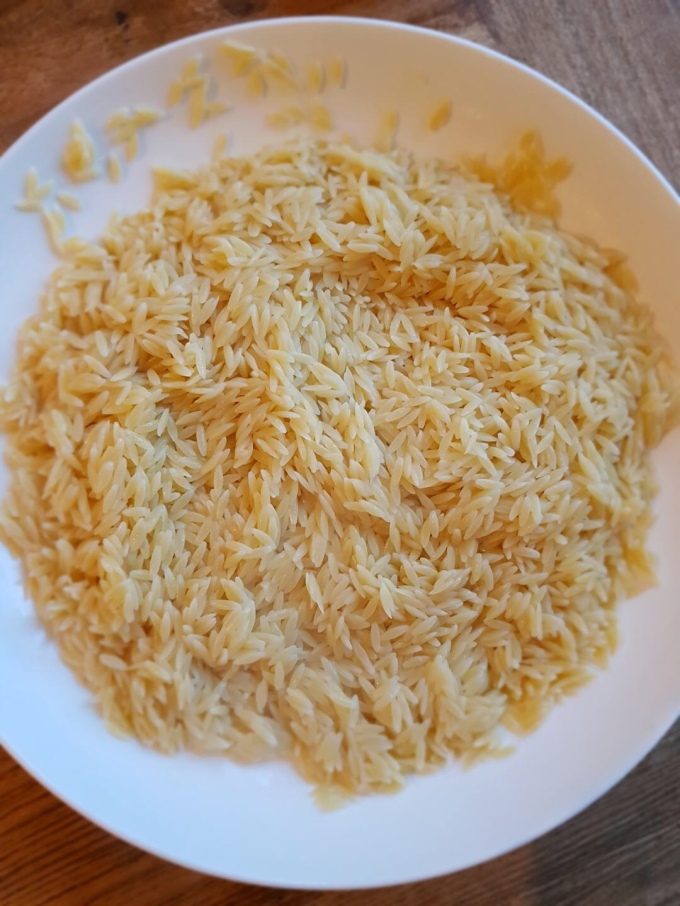 Then simply throw it all together and Viola! You’ve got a lovely little meat free Monday night meal. Simple, healthy and delicious.

Just make sure you leave some haloumi for me!

If you make this pasta salad, please leave your comments below. xx