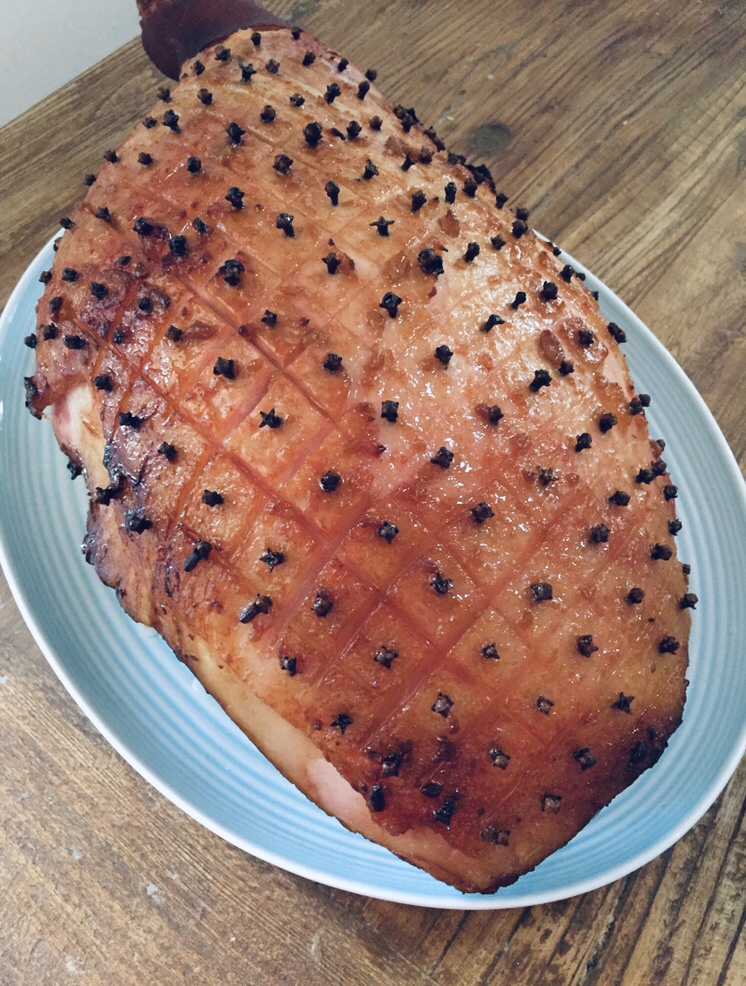 Whatever you do – don’t do what I did a couple of years ago on Christmas Eve. Staying in Hat Head for Chrissie with the whole family, I was helping unpack the car when I reached for the shopping bag that housed the ham. Now I should of known the bag would be heavy, having bought it myself; I’d shopped around to find the biggest ham possible (Kooringal Meats in Wagga is the place to go). Too busy talking and not concentrating though, something twinged as I picked it up and I pulled my back out; total agony! Having to be carried up the stairs by Pete and Dad, everyone had a bit of a laugh at my expense.

That is until we realised how badly I’d hurt myself. I couldn’t move. We FaceTimed our good friend, Em Hosie’s mum, Beth (a physio) as there was nothing open to help me in my hour of need. She kindly stepped us through how I should be strapped. My family is a lot of things – medical, we are not. Gosh did we all have fun trying to strap me up (which seemed to be very close to my naked bottom). I spent the rest of the week barking orders through to the kitchen from my position on the couch.

Now there’s nothing better than a beautifully glazed Christmas ham to feed a crowd come Christmas Day, at a Chrissie party, picnic race meet or to bring out late in the evening at a wedding. Carved finely and loaded up with some mustard and rocket leaves in a fresh bread roll, there’s nothing better. Or go for some tomato relish or caramelised onion and coleslaw- it really hits the spot.

This is an age old recipe – one that my mother-in-law has been making for years and years, it comes from the good ol’ Australian Women’s Weekly cookbook. I double the recipe cause you can never have too much glaze and it’s fabulous having leftover ham in the fridge the next day!

A word to the wise; make sure you pick the cloves out before carving. If you’ve never bitten in to a whole clove before, you won’t know what I’m on about. Let me just say- you’ll need a fair few glasses of champagne to get rid of the taste.

And with Chrissie just around the corner, the ham ordered and ready to go, I’ll be careful to bend my knees and take care when carrying it in from the car. Nobody wants to pull their back out at this time of year. Imagine not being able to swim – especially when the weather forecast is predicting temperatures of 41 degrees in Deni this year. Yikes.

The only good thing that came out of my “ham episode” at least, is that it got me out of all the washing up!

Wishing you all a very Merry Christmas filled with family, friends and of course – a nice cold drink and something good to eat.

See below for some flashback photos from our Christmas party a couple of years ago, where the ham is always the star of the show. 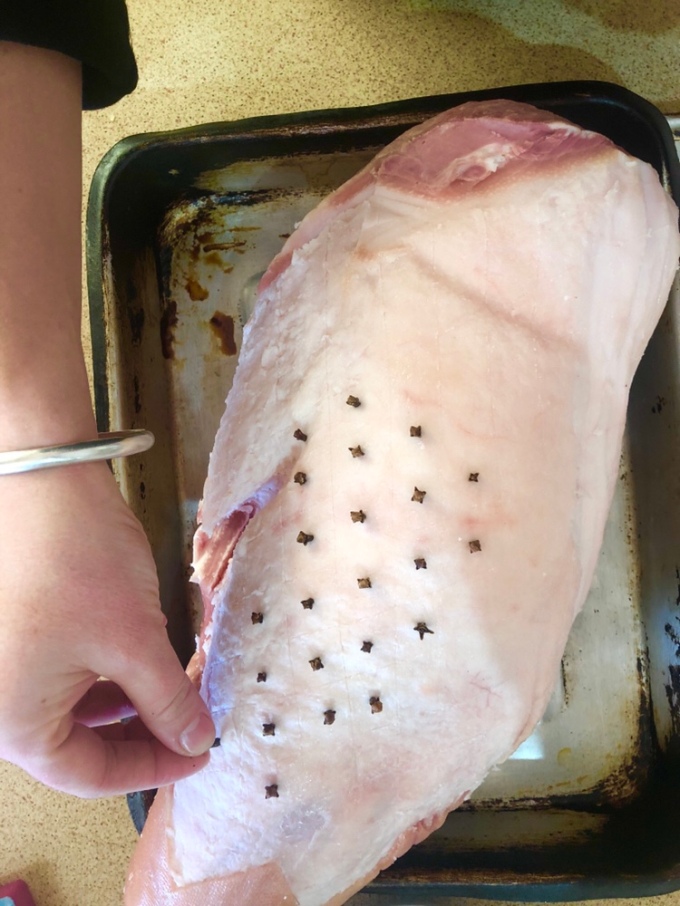 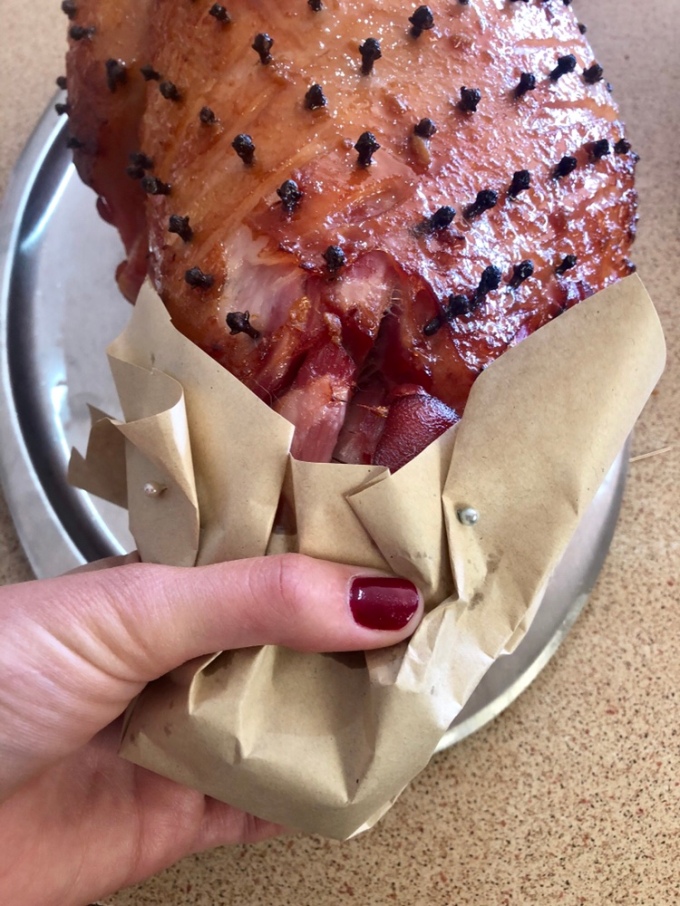 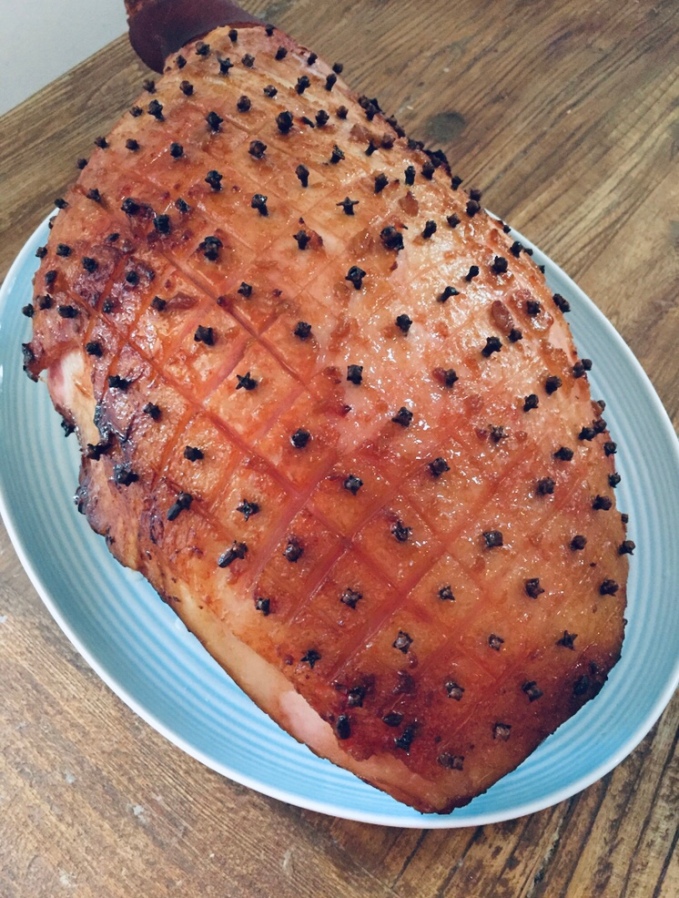 Cork Daddy on the bar. 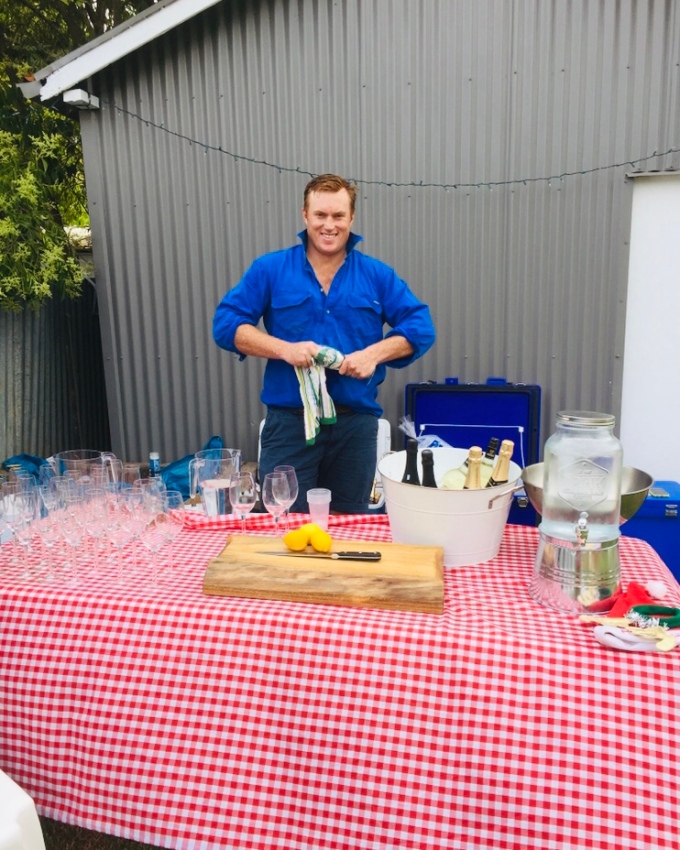 Flashback to our Christmas party a couple of years ago. 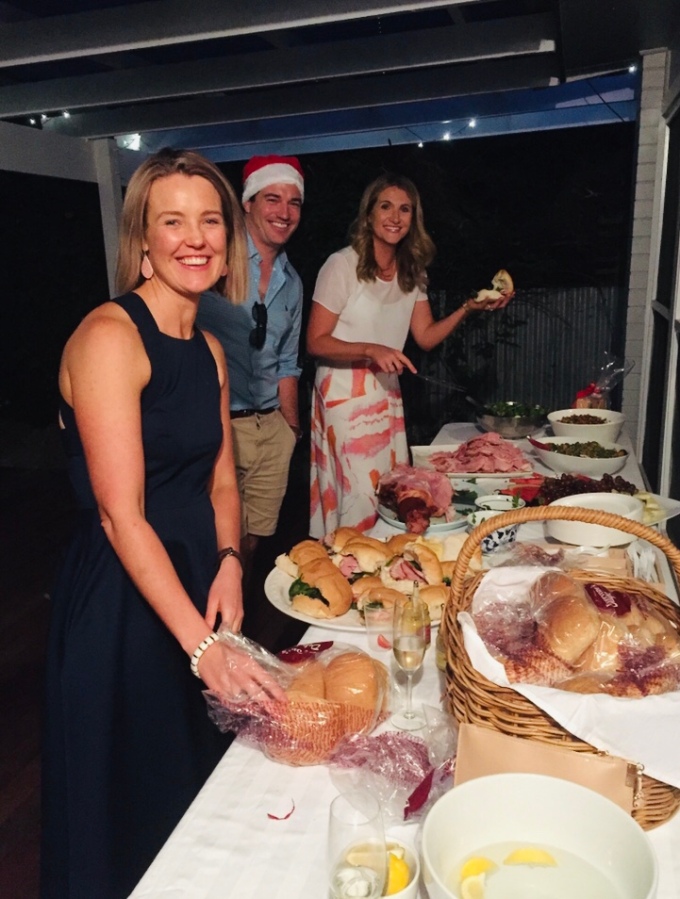 Shorty doing a great job of the carving. 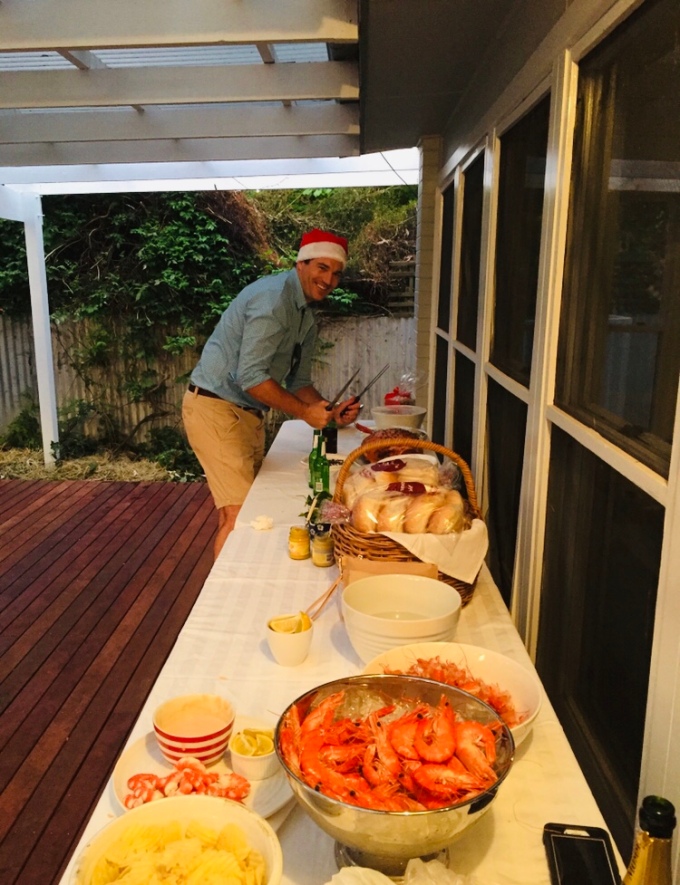 If you make this glazed ham, please leave your comments below. xx