I bet you’ve all eaten apple crumble before; a dish of humble origin, some of you probably make it all the time. I love a good apple crumble – choosing to use sultanas, brown sugar and cinnamon in mine. I do however think that there’s something special about this nectarine and plum version. Using almonds and […] 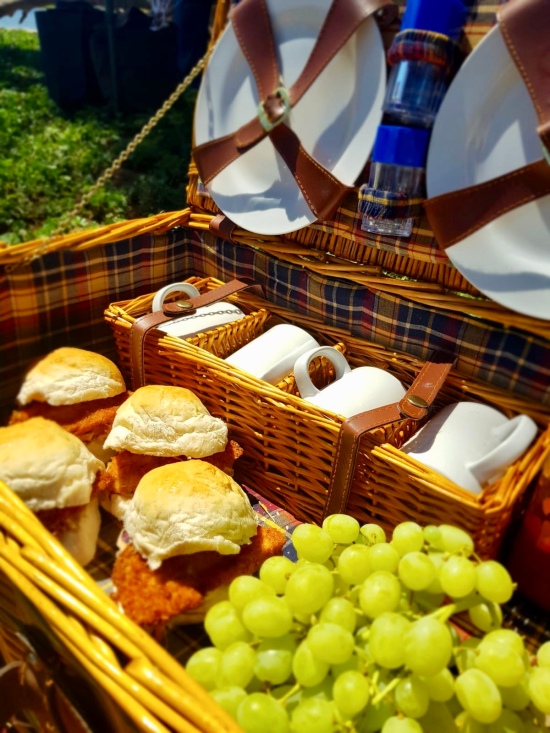 We’ve been enjoying ‘the picnic in the paddock’ in Boorowa for as long as I can remember. I always look forward to the end of summer where the weather starts to cool off a bit, happily saying goodbye to the stinking hot days with temps above 40℃. The change of season is a great excuse […]

This is such a lovely little cake recipe. Handy to have up your sleeve if you’re lucky enough to have a stone fruit tree out the back or if you’re like me – have a family friend who does. It works perfectly with any variety of stone fruit – think peaches, nectarines, plums or apricots. […]

Mum’s been making this easy and delicious 200 gram cake since my twin sisters (AKA the twinnie bubbies) were born over 23 years ago. Using only 4 ingredients – Mum loved it because she was able to make it whilst carrying one of the girls in the baby carrier strapped to her chest with the […]

My sister Elles has always had a way with words. You could say that she’s a real wordsmith; I know, I know – sarcasm is the lowest form of wit. Now all the Thomas girls are pretty good at talking; Cork Daddy will attest that it’s often hard to get a word in when we’re […] 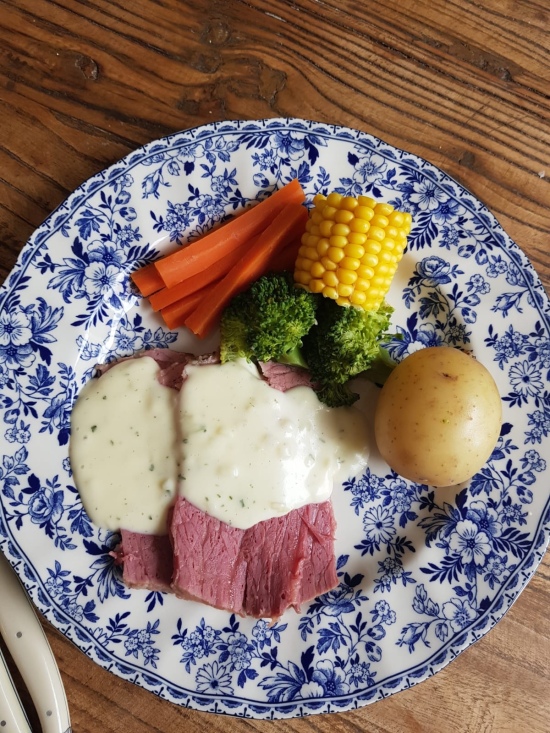 I know there are a lot of people out there that turn their noses up at corned beef. You might have memories of eating some poorly made stringy corned beef back in the day; whether that be at school or at a grandparents house. And if you’re one of those people – I’ll tell you […] 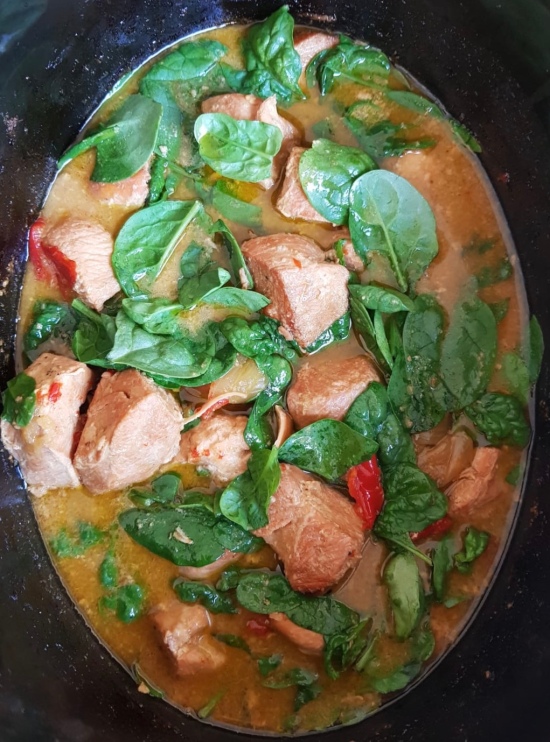 Thai green chicken curry is one of my all time favourite meals – I make it a lot. I’ve adapted this recipe for the slow cooker. Simple, tasty and comforting, you’d be hard pressed to find a more satisfying meal for a busy weeknight or a lazy weekend at home. Similar to my Thai red […]

My sister-in-law Lou is known for her mussels (not muscles). Such a scrumptious recipe – I’m delighted to be sharing it with you. Now if you’re a fan of seafood but shy away from cooking mussels because you think they’re too difficult – you must think again. It really is the easiest, quickest, tastiest and […]

One of the things I love most about our annual family holiday to Mollymook is the fresh seafood at our fingertips. The days are spent at the beach with most evenings being happily spent in the kitchen. We feast on prawns and oysters down at Ulladulla wharf, eat lots of fresh fish (my favourite being […]

Nothing goes past a good potato salad at a barbie. I must admit though, I’m a bit of a potato salad snob. I’m not a massive fan of boiled egg tossed through it and I don’t like it served cold from the fridge (instead preferring to serve it immediately after it’s been made, when the […]

Wagga has seen scorching temperatures of above 40℃ over the past week. And I’m forever grateful that we’ve escaped the heat – spending the school holidays at Mum and Dad’s beach house in Culburra (on the NSW south coast). Our days have been spent swimming, building sandcastles, eating ice cream, drinking coffee (before beer o’clock […] 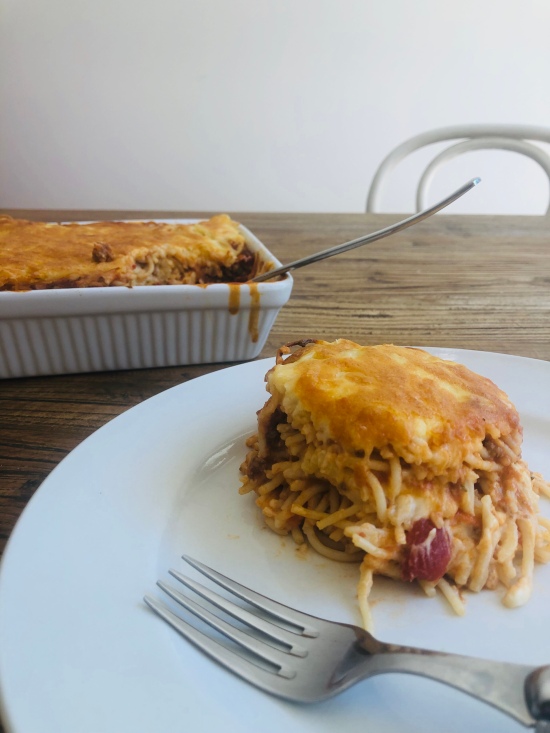 I first fell in love with Pastitsio whilst on holidays in Greece – what feels like a million years ago! A dish made up of ground meat, cooked pasta and a cheesy béchamel sauce; it’s the Greek equivalent to the Italian’s favourite dish – lasagna. And talk about a crowd pleaser. Comforting and delicious, team […] 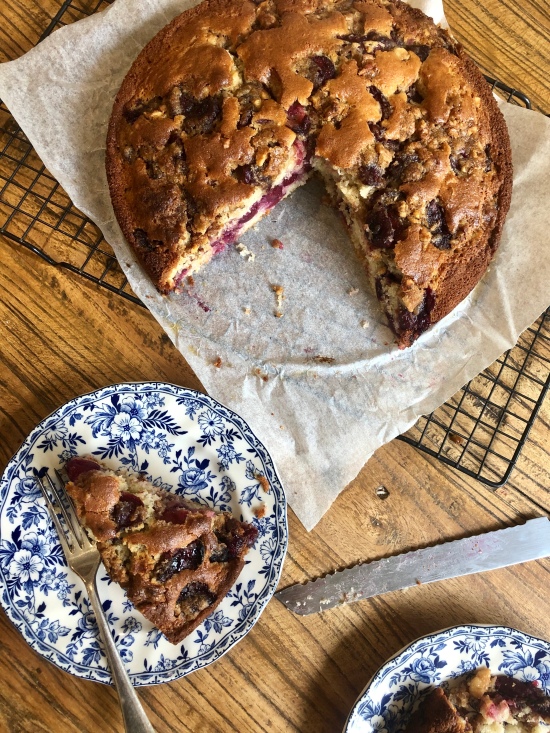 Cork Daddy’s home town of Boorowa is located right near Young; the cherry capital of Australia. Pop keeps us all going in cherries throughout the summer months and they’re always a highlight come Chrissie time. The Hall Family Orchard cherries are the best! Of export quality, they’re absolutely out of this world! Plump, delicious and the […]

Tired of making the same old things night after night? In a bit of a dinner rut? Then this quick and easy stir fry is for you. Cooked in the same amount of time it takes to steam the rice, if your family is anything like mine – there’ll be none left over. As always, spice […]

My brother Pete did some very experimental cooking on Christmas Day. Always one to enjoy the ‘theatre’ of cooking, he decided to try his hand at a hāngy. Now I’m sure most of us would at least cook something we were familiar with – if it were me, I’d go for a chook or some […] 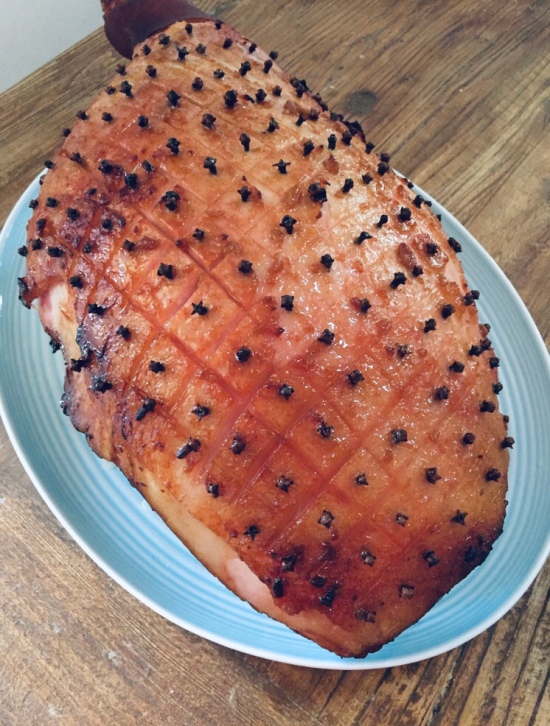 Whatever you do – don’t do what I did a couple of years ago on Christmas Eve. Staying in Hat Head for Chrissie with the whole family, I was helping unpack the car when I reached for the shopping bag that housed the ham. Now I should of known the bag would be heavy, having […] 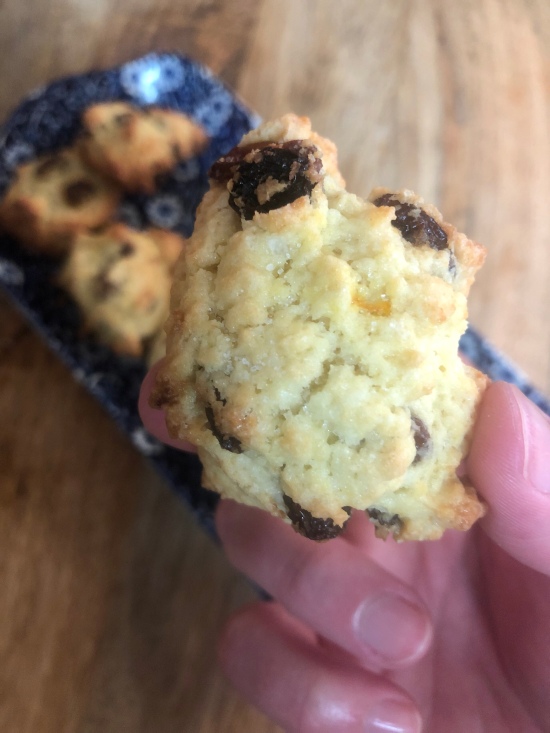 Nee remembers making rock cakes in her very first home economics class back in highschool (just a couple of years ago) and I have very fond memories helping Mim make these every school holidays at the farm. Pa loved them and so did I; just as long as I could pick out the sultanas. These […]

Both the Aussie’s and Kiwi’s claim to own the pavlova – a simple dessert consisting of a meringue base, topped off with whipped cream and fresh fruit. They’ve been fighting over this title ever since the dish was named after Russian ballerina, Anna Pavlova, when she visited both countries back in the 1920’s. In my […] 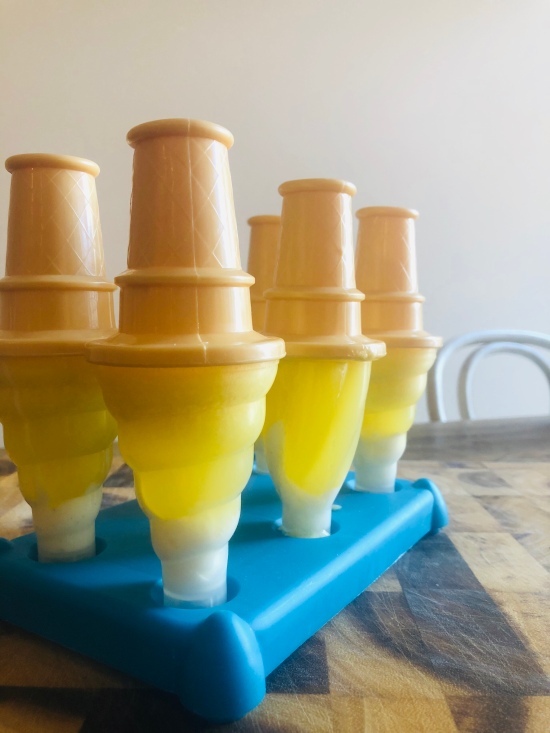 Everybody had a favourite ice-cream growing up; whether it be a Bubble O’Bill, Cornetto or Calipo. I used to love going to the corner shop for an ice cream after school. For me – it was always a Chocolate Heart if it was for a ‘real special treat’, or a lemonade icy pole on those […] 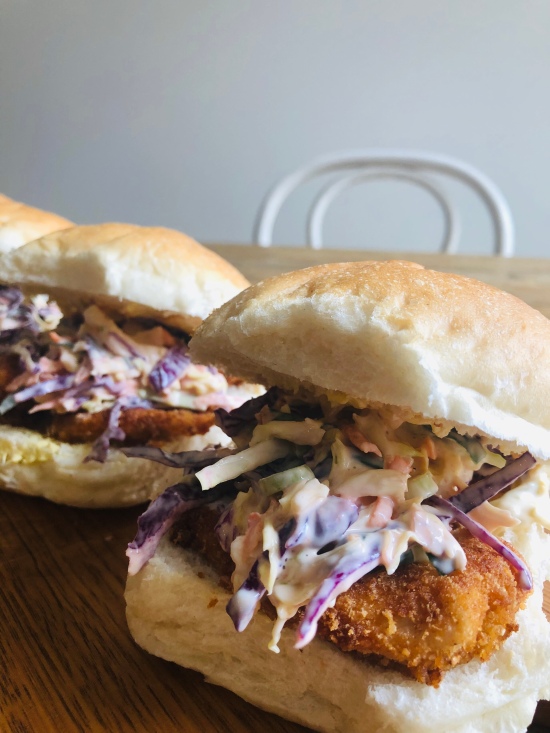 I could be wrong (it has happened before) but I reckon everybody loves schnitzel. Apart from non meat eaters obviously, what is there not to like about a delicious piece of crunchy on the outside, succulent on the inside – chicken breast? Even if you don’t call yourself a good cook – if you can […]